Review of Think and Grow Rich

The ability to believe in yourself and that you can succeed is the very beginning of faith. When you acquire the habit of deep faith, you alter your subconscious. Your subconscious mind can contact others to help you in your goal.
Your belief system is what’s on your mind all day. If you think you can’t, you won’t. If you think you can, you might!

There are several steps to building self- confidence.

Self- confidence is the building block to developing faith. You must begin by planting seeds of hope in your subconscious mind.

I have the ability.
I think about what I want.
10 minutes daily devoted to deep thought.
Write down what you want exactly- My main aim in life is to — and then, list everything you want.
I will be at my very best mentally and I will do the very best I can, I will laser focus on the task at hand.

My son, Jacob, is someone that has used the ideas in this book and chapter as well as anyone I have ever met. When he was a young boy, he is now 20, he wanted to play soccer. The problem was not that he was just a poor player, he was by far the very worst player on the team. In addition to being a poor player, he was uncoordinated, he was slow regarding running speed and mentally he had no idea how the game was played. He lacked every prerequisite he would need to ever be a good soccer player. In addition to his personal short comings, I knew nothing about soccer whatsoever, nor had anyone in our family ever kicked a soccer ball. What he did have was an inexhaustible drive to play soccer at a high level. Our first start was in the lowest ranked league in our area. After a handful of practices and our first blowout loss, our coach quit. At the following team meeting, the 13 players and their parents nominated me, yours truly, to be the new coach of the Red team. My first action was to read every book on youth soccer I could find. I quickly learned that I had a team of misfits and among them my son was still easily the worst player on the team, if not the league. We had a long season of 12 losses and one win. Although my kids were terrible, I was even worse coach. As the season ended, I had figured my reign as coach would end and the team would disband. Much to my shock, at the team party, many of the kids and parents made enthusiastic remarks about next year and how great it would be to play for me again. I really hoped they were all kidding and my son would forget about soccer altogether – well for the sake of brevity I coached the Red team for 6 YEARS! We had our best season of 6 wins and 6 losses. What I loved about my kids was that they loved to play and although I was a poor coach, they recognized my enthusiasm and drive. We weren’t as good as we could have been, but I made sure we had the best attitude and team spirit of any team in the entire league, even when we were getting beaten badly, my kids played their very hardest and never ever gave up.

One of the central themes in Think and Grow Rich is mindset. Not ordinary mindset, but the kind that is unrelenting and persistent. When a person wants something bad enough, there are invisible forces that channel the energy of the universe in your direction. This such force came into my son’s life by way of a “forfeited” game. One early, rainy, cold Sunday morning we were scheduled to play the Blue team. At game time, the Blue coach had not showed up and the blue team only had 5 players, which is an automatic forfeit and we win! As we were getting ready to leave, a coach from the travel league, that just happened to be there, asked if our kids really wanted to play. To my delight, my team all yelled yes! He proposed that we use the players from my team to fill the empty positions of the Blue team and have a scrimmage. Furthermore, he would coach the Blue team. As great “luck” would have it, the coach picked my son for the blue team. This one seemingly random encounter changed my son’s life in soccer.

After the game, he encouraged my son to keep working and get faster. On the drive home, I asked my son how it went and much to my misery and delight his answer was that’s a real coach! Almost one month later, as we were practicing, another team was holding tryouts in a field far removed from our practice. I kept noticing that my son seemed to be more interested in what the other team was doing than what we were doing, so I called him over and asked him what the heck he was doing. He said dad can’t you see that’s the coach from the travel team. He is having tryouts! Can I go? My heart sunk. First because no I could not see; the team was so far away all I could see was outlines of people running around. I could not possibly imagine that anyone could actually see a distinct person and secondly I didn’t want my son to have his feelings hurt, the travel team was so far advanced from our level of play I could not even imagine them giving him more then a passing notice before cutting him. My son persisted that he could take it, he just wanted the chance. I have always believed in believing in yourself, so I cut practice short and with a heavy heart walked over to the travel team tryout. It was clear from every instance in the tryout that my son was well out of his league. As the tryout session ended, two coaches approached me, my son was still on the field kicking the ball around. The coach that had worked his magic with my son on the Blue team looked like he was going to cry and the coach next to him, which was clearly the head coach looked grim. The head coach began to explain to me that my son had no chance and that he wasn’t even remotely qualified to play at this high level, I held up my hand and said coach don’t tell me tell my son. The head coach called my son over and then took him aside the meeting lasted a lot longer then I would have imagined and as I saw my son sprint away from the coach’s huddle, I immediately knew a miracle had occurred.

As we got into the car, I asked my son, “Well what happened!?” “Well dad, he said I had no chance and that I was cut -BUT- then I told him I didn’t accept that decision and how about if I attend 50 practices and then he could make his decision”. This is how my son made the team. He attended every practice for three years, without playing more then one or two minutes at the end of games if either his team was so far behind, they couldn’t catch up or so far ahead they couldn’t lose. He was so outclassed on the field that the entire team would cheer if he so much as touched the ball! The outcome was that after lots of time and even more hard work, my son became a starting player on that team and went on to become one of the best defensive players in the league.

The combination of Faith and burning desire is a path to success. In SVE and in life it can be difficult when people all around you seem to be doing well, while we struggle. Sometimes the struggle can become the best part of life’s path. When we overcome the struggle and finally succeed, the victory is all the sweeter and stays with us for all of our days. 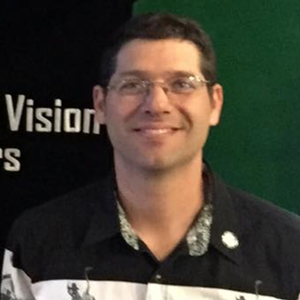 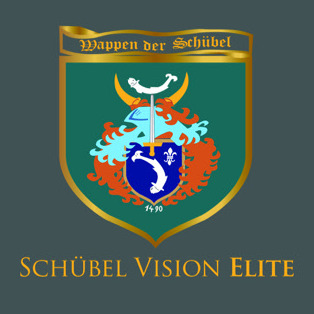